Kailash via Lhasa Tour begins with scenic flights from Kathmandu to Lhasa, which is also believed to be the cradle of Tibetan civilization. Lhasa Kailash Tour is a cultural trek as well as an experience of the high plateaus in Tibet. The tour makes stops at some of the most famous landmarks in Tibet including the Potala Palace and Rakshas Lake. We then journey along several Tibetan towns leading to the enchanting Mansarovar Lake and finally to the holy Mt. Kailash.

Not only the magnificent views of the snow-capped mountains but also of the impeccable Tibetan landscape will make your voyage a memorable one. Witness Buddhist prayer ceremonies, visit the homes of local Tibetans, and observe religious customs to help understand the Tibetan religion and their lifestyle.

This Tour is considered to be the most comfortable and exclusive means for completing the trail to Kailash Mansarovar. For any traveler or devotee, this trip is a treat for the eyes and soul

Kailash with Everest Base Camp

Kailash tour with Lhasa and Everest Base Camp is a combination trip of three prime tourist destinations of Tibet. They are Lhasa, situated in China’s autonomous region of Tibet, which has a splendid history of over 13 centuries with many igniting world heritages, Everest Base Camp; Northern foothill of Mount Everest, the earth’s tallest mountain, and Mount Kailash, the most holy mountain of Asia which is the symbol of fortunate and good luck to the devotees of Hinduism, Tibetan Buddhism, Bon, and Jainism. Kailash Everest Base Camp Tour lets you eyewitness clear views of the North face of Mount Everest and takes you through the gigantic plains of western Tibet for a pilgrimage to Holy Lake Manasarovar and Mount Kailash. This tour is a combination of a simple pilgrimage tour to culture and an adventure tour that gives delight to both Hindus and Buddhists. Not only Hindus and Buddhists but all of the people in this whole world who love adventure.

The extravagant view of the snow-capped mountains and the views of the Tibetan plateau along with the rich culture of its people, and the deeply embedded spirituality make Tibet so mysterious and fascinating at the same time. People from across the world aspire to visit Mount Kailash and Mansarovar at least once in their lifetime and feel the holiness of this place and there is no better way to experience Mount Everest and Mount Kailash together in one tour than this.

Tibet, an autonomous region of China and home to the holy Mount Kailash and Mansarovar Lake, is a famous pilgrimage destination for the devotees of Hinduism, Buddhism, Jainism, and Bon religions and an epitome of beauty and admiration to the rest of the world.

Mt. Kailash Manasarovar via Simikot trek gives you an opportunity to get pleasure from the natural beauty of both the Nepalese and the Tibetan landscape. This Kailash Manasarovar trek serves both adventure seekers and religious tourists. The tour proceed from the border at Hilsa and then headed toward Mt. Kailash and Manasarovar. Circumambulating the mountain, parikrama or kora on foot is an ancient ritual of devotion is still practiced by devotees with a faith that it will bring good fortune in one’s life. Hindus and Buddhists perform kora/parikrama in the mountain in a clockwise direction whereas Jain and Bonpo religions followers believe in another way around i.e. anticlockwise. Kailash parikrama begins as soon as we reach Yama Dwar. We will cross the highest elevation during the trek- Dolma la Pass (5700m) while performing the 2nd kora/parikrama. Another major highlight of the Kailash Mansarovar Yatra (journey) is Lake Mansarovar, the highest freshwater lake in the world (4500m). Pilgrims believe that drinking water from the lake or taking dip or bath in the lake will wash away all their sins for 100 lifetimes.

Kailash Manasarovar Tour is one of the most popular pilgrimage trips in Tibet. This tour takes you to the holy Mt. Kailash (6636m) which is holy to Buddhists and Hindus.

In addition, Manasarovar Lake is also another attraction on the tour. Along this spiritual trip, one can enjoy the Tibetan culture and lifestyle. The tour gradually makes way to monasteries and religious shrines around Mt. Kailash (6636m).

The months between May to October are the best for this tour. The weather and visibility are also best during these months. This tour is fairly easy except for the risks of altitude sickness. Moreover, you need permits to enter Tibet before beginning the tour.

Kailash Mansarovar Yatra, a spiritual and life-changing journey can be accomplished via Lucknow by Helicopter. Yatra starts when our representatives will pick you up from Lucknow domestic airport and then drive to Nepalgunj. We will fly to simikot from Nepalgunj and then to Hilsa by Helicopter. This tour gives you an opportunity to get pleasure from the natural beauty of both the Nepalese and the Tibetan landscape. The breathtaking beauty of this sacred mountain and the holy lake of Mansarover along with the ruins of the 9th Century of Guge Kingdom in Far Western Tibet is the experience of a lifetime. Circumbulation known otherwise as kora/parikrama of the mountain starts from the yama dwar. We will cross the highest elevation during the trek- Dolma la Pass (5700m) while performing the 2nd kora/parikrama. The great lakes Manasarovar and Rakshas Tal which lie in the shadow of Kailash, are also manifestations of aspects of the Hindu religion and symbolize the water tanks at the doorway to every Hindu temple. Just one drop of water from the serenely stunning Manasarovar is said to set one free from the contaminations of the poisonous world.

The Muktinath Helicopter tour is one of the most popular adventure tours done by helicopter ride tour. Muktinath Temple (Chumig Gyatsa) is located at the lap of snow-capped mountains at Thorong-La mountain pass at an altitude of 3710 meters above sea level in the Mustang district of Nepal. This temple is covered in one of the famous trekking routes of the Annapurna Circuit. Muktinath temple is a sacred or holy place for both Buddhists and Hindus in the country. The word "Muktinath" is made from two words "Mukti" and "Nath" which means "Salvation or Nirvana" and "God or Master" respectively. Muktinath has been such a holy site that thousands of devotees visit in search of freedom from the cycle of birth and rebirth. We start our Muktinath helicopter tour from Kathmandu Domestic airport. A total tour of Muktinath is around three and a half hours. While flying you see the beautiful view of the mountains Annapurna Range, Mt. Machhapuchhre, Nilgiri Himal, Dhaulagiri Range, etc as well as the view of the Kathmandu valley, Rivers, Forest, picturesque villages, etc. from there and at Ranipauwa which is the gateway of Muktinath Temple. From Ranipuwa either you would walk or hire a horse to reach Muktinath Temple. There you visit the Muktinath temple, Jwala Mai Temple, and Mukti Dhara where you see 108 water spouts in the shape of Bulls' heads, Monasteries, etc. The panoramic view from the helicopter visit has all-encompassing views of the Manaslu Himalayan range, and the Annapurna Himalayan range. The Muktinath Helicopter Tour is famous for its worship and sacred shower in the 108 water spouts of Mukhi Dhara. 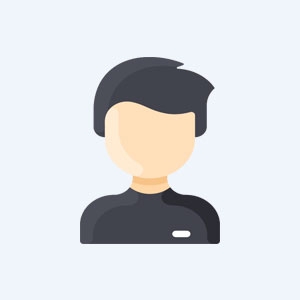 Send us your feedback